Following a meeting with the Health & Safety Manager of an employer who is looking to recruit full-time construction workers in South Wales and the South West of England, n-ergy is pleased to announce a new pilot programme is underway to support this employer with their recruitment process over a six-month period.

n-ergy currently provides a service within custody and through the gate across England and Wales supporting individuals to overcome complex barriers to employment on their release.

Ashley Thomas, Performance Manager – Operations at n-ergy has met with key prison personnel within the South Wales prisons we operate, to discuss the referral pathways for prisoners due for release, who may be interested in job opportunities for labourers, groundworks and plant operators over the coming months.  Ashley will also be discussing the new employment opportunities with learners who have completed the Street Works workshop at one of the prisons. 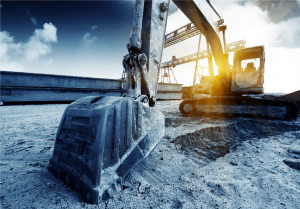 Since the launch of the pilot programme, the employer carried out interviews last week and out of the six candidates registered, three individuals have been offered full-time and permanent work as groundworkers.

One of the men interviewed, “Mr T”, reported to us that he had been in prison 39 times due to a major issue with homelessness. The prisoner commits crime purposely in the winter to be able to have somewhere warm to lay his head at night, a warm shower and knowing he will be fed three times a day!

“This was a real eye-opener to the current issue we have in Wales with homelessness. The construction sector employer is very keen to give this individual an opportunity and are looking at a job where “Mr T” could ‘work away’. The company are looking to support with providing housing while he is working and he would be given a daily allowance for food etc – something this individual hasn’t had for many years! We are awaiting a suitable position for this individual and in the meantime, Ashley has referred the prisoner to a  homeless charity in Cardiff for his release area for the support he requires.”

n-ergy is  aiming to place the 5th candidate into employment by the end of March 2018 which will bring us half way through our pilot project with the organisation.

“We’re hoping to catch up with the candidates soon and gain some valued feedback on how their employment offer has helped them on their release. More news on this soon!”